Open science will help us better understand the Vikings 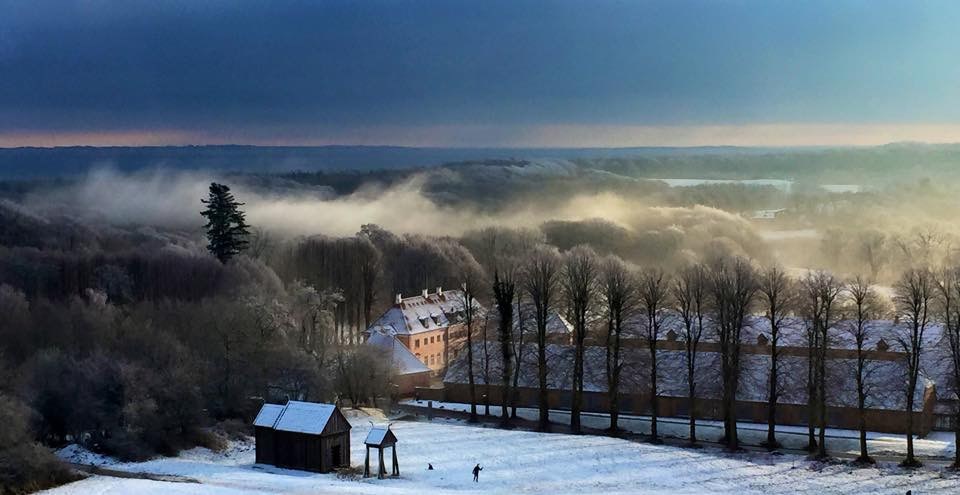 What has the European open science cloud got to do with the Vikings? Much more than you would think.

Maybe you wouldn’t expect ground-breaking open science technology from the archaeological field, but that is exactly what is happening right now at a field on the outskirts of Aarhus in Denmark as part of the EOSC-Nordic project.

One of the first projects to commence as part of EOSC-Nordic is a collaboration between archaeologists in Denmark and Norway. They are going to integrate two different national databases, which will make it much easier for scientists to do research across borders and thereby expand the research possibilities.

Artifacts are found across the borders

The plan is to integrate the two national databases, the Danish “Fund og Fortidsminder” and the Norwegian “Askeladden”. By integrating the respective national databases, scientists can search both countries’ archaeological finds from the Viking age simultaneously.

“The Vikings were widespread with a widespread common material culture. So, if we find a tortoise brooch in the ground here in Denmark, well then, we can find something similar in Norway. It makes sense from the researcher’s point of view to have a common search interface,” explains Jens-Bjørn Riis Andresen, Associate professor at Aarhus University.

One of the first demonstrator projects

He is working at the School of Culture and Society at the Department of Archeology and Heritage Studies at the Moesgaard Museum in Aarhus. And it is in his department that one of the first demonstrator projects of the EOSC-Nordic has begun.

He is collaborating with Senior Engineer Espen Uleberg from the University of Oslo, who is also Database Administrator at the Museum of Cultural History in Oslo.

At Moesgaard Museum in Denmark, the hope had originally been that many more countries could be included in the project.

“We really wanted to expand it to include the whole of the Viking world. But now we want to use this as a platform to integrate the technologies and make a showcase that is easy to understand,” he says.

“If you want to demonstrate your case in the best and easiest way, Denmark and Norway are good choices,” he explains.

Because the Viking age represents a common Nordic culture, the integration of the two databases with discoveries from the Viking age also fits well in the EOSC-Nordic context.

The archaeological field is highly digital and thus a good demonstrator for the possibilities of the European Open Science Cloud. Nowadays all archaeological activities are digitized. Everything from potsherd to the soil that has been dug in is photographed and everything is registered.

“There is a very long tradition of systematic registration, and there are some very specific requirements for archaeological excavations and registration. Absolutely everything is digitized and everyone perceives it as something completely natural,” says Jens-Bjørn Riis Andresen.

In Denmark the national registration from excavations goes back to the 19th century, making it extra fortunate to include the Danish database.

The Danish database “Fund og Fortidsminder” furthermore has a specific protocol, that allows the harvesting of metadata. The protocol is called OAI-PMH which stands for Open Archive Initiatives Protocol for Metadata Harvesting. And this protocol is to be installed on the Norwegian database Askeladden as well, which they will make sure happens in Oslo.

In practice, the two databases won’t become one, they are each going to stay where they are, and no data is being moved.

“We believe it is a risky and difficult strategy to start moving data, instead they must be housed at the responsible institution and stay there”, says Jens-Bjørn Riis Andresen.

This also allows the institution housing the data to decide which data should be open, and which should be closed.

The terminologies are very alike

“When the two databases are ready to be harvested, the so-called mapping must begin. The terminologies that will be used for a search across the two databases must, of course, be developed, and we don’t expect that part to be very difficult, because the terminology in Danish and Norwegian archeology are quite similar. It would have been much worse if it were Danish and Chinese archeology for example,” explains Jens-Bjørn Riis Andresen.

The goal is one search interface that uses the mapping and common terminology to find things across both databases. And the plan is to afterward integrate other countries’ databases as well, especially with Iceland, Norway, Finland, and Estonia there have been dialog.

“In the long run, of course, we must have a common European platform. It is the same artifacts we discover in the different countries and with a common platform, we will be able to see our findings in a greater context across borders,” says Jens-Bjørn Riis Andresen.